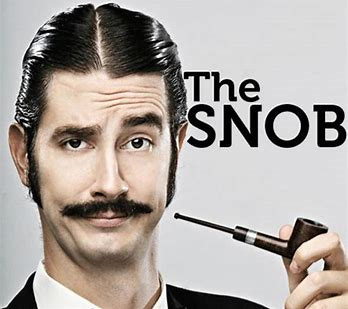 SNOB a person with an exaggerated respect for high social position or wealth who seeks to associate with social superiors and looks down on those regarded as socially inferior. Webster’s Dictionary Definition

I have always judged snobs as people so devoid of self-worth they super-impose a set of  consensus-sanctioned qualities over their real selves in order to trick self-esteem. The problem with snobbery is that it is so embedded in our culture that we fail to see it for the degenerative nonsense it is.

Does it really matter how much money we have or what colour our skin is or what school we went to or what title our ancestors stole? Really? Does any of this crap value-add to our characters, intelligence or souls? People honestly believe in the superiority of one group over another and they are misled into worship and envy based on the imagined sanctity of belonging to a particular sorority, religion, culture or social demographic.

I’ve said this before and I’ll say it again: None of this shit matters on Betelgeuse.

For those of you not familiar with Betelgeuse (I love the name!)
“Betelgeuse is a Semiregular Variable Star generally considered the ninth-brightest star in the night sky and second-brightest in the constellation of Orion. It is a distinctly reddish, semiregular variable star whose apparent magnitude varies between +0.0 and +1.3, the widest range of any first-magnitude star. At near-infrared wavelengths, Betelgeuse is the brightest star in the night sky.” Wikipedia 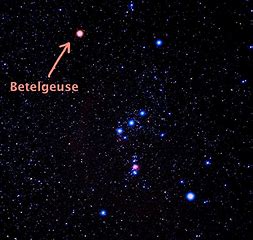 Pity poor Betelgeuse had to be categorised according to its brightness and empirical worth.

But what is the driving force behind snobbery and elitism? And why are we categorising stars? Surely they are the last bastion of self-determination.

I’ve decided the driving force behind snobbery is gravity, the force that glues us to the earth and prevents flight whilst orchestrating falls.

GRAVITYin mechanics, the universal force of attraction acting between all matter. It is by far the weakest force known in nature and thus plays no role in determining the internal properties of everyday matter. Yet, it also controls the trajectories of bodies in the universe and the structure of the whole cosmos.

Gravity, the weakest force in nature that keeps stars and planets apart and galaxies spinning in a socially-strataed whirl has no impact at the sub-atomic level. In short, the inner sanctum, the relationship between electron and proton, quark and charm or soul and God is immune to gravity even though it seemingly orchestrates the dance of super-novae! And decides how far apart bodies must be in order to maintain a safe distance.

So, assuming you accept my hypothesis, why are we allowing the weakest force in nature to set our paths?

Because gravity is the antidote to risk. Anyone who has ever suffered from vertigo knows the visceral tug of gravity. But in truth gravity is a trickster, the weakest force in the universe. Light outsmarts it every time by traveling anywhere it wants to in whatever form it chooses, particle or wave. Light has no respect for gravity. Even the super-powered gravity of a black hole cannot fully direct light. Some escapes. And I daresay the light that does get swept along in that tide of mono-directional force will ultimately find its own expression in a cramped and compressed new world.

But back to my theory. Those who are afraid of flight rely on gravity to keep them glued to the familiar pathways and broad-stroke highways of earth, to the byways waxed and polished with millennia footfall of converging followers too frightened of the wilderness to risk its wild aridity and complex uncharted expanses. The weak force of gravity will keep the timid grounded and the galaxies spinning while the brave defy restraint with flight and quarks charm the elementals, dear Watson.

Why are we so afraid of the unknown that we corral imagination with a black hole mentality, a mindset that chants “This is known, this is preferred, this is safe” a mantra that ultimately becomes “This cage is best and you must fight to get in.”

Don’t be seduced by the tepid mentality of snobs so afraid of freedom they harness their souls to gravity and allow the weakest force in nature to govern their thinking. There is a world beyond the burrow, rabbits.

Gravity, the great leveller and preventer of alteration, keeps the classes in place, the stars apart and timid feet edging along the tamest of ruts as if they were flight-paths. Do not append achievement to the creeping mundanity of group thinking.

We simply are under the universal principle of I AM and it is incumbent upon us who have been gifted with free will to simply and grandly BE without the safety rails of class distinction or social sanction.

In our daily interactions with the unknown do we offer open-minded tolerance or do we peer through the lens of calcified stratification?

Once our brief internship on this planet is over and we are bracing the fiery winds of Betelgeuse or thrilling to the chilly embrace of Rigel we will do so armoured with nothing but our being. We will face fiery Betelgeuse and frozen Rigel and say I AM. Who are you? 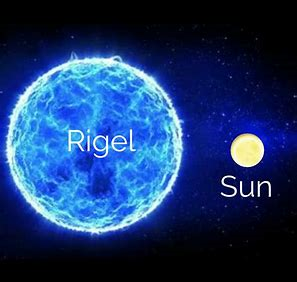 And finally here is  a portarit of the fellow who once ruled the world and is now a museum piece.