Many years ago a clairvoyant told me that my soul flew to another land every night while I slept. These nocturnal adventures were never fully-recalled when morning broke in Australia but as I prepared for work, I had a sense that I had met someone very special in my dreams and that he and I had made all manner of delicious future plans.

By the time I’d walked to Cremorne Point Wharf to catch the ferry to work the fantasy had evaporated but periodically during the day, fleeting images of green fields, bubbly streams, mellow stone buildings and a man’s ready laughter overlaid the cityscape with a sweet incandescence and wistful nostalgia.

The clairvoyant also said that my soul belonged to this other land but she couldn’t tell me which one it was.

I have decided it is France.

I spent July in France and was privileged to be given a tour of Paris and a brief introduction to Normandy by my new son-in-law, Louis. I expected to feel shy and awkward as I usually do in new landscapes and new cultures but instead I felt as if I had come home after a long absence in a strange, ill-fitting land. I even discovered a certain facility with the language. So certain was I of being misunderstood that for the first few minutes at Charles de Gaulle airport I dared not speak French to the locals. Finally, driven by necessity, I bought two bottles of water and had absolutely no difficulty communicating. The enchantment with France began right there at the airport, within ten minutes of our arrival.

But the best was yet to come.

After a couple of days’ rest in Paris, Louis drove my mother, my daughter and me up to Normandy to meet his charming mother. Again, the language was scarcely an issue, given that her English was superb and my French was willing and we both wanted the friendship.

The next day Louis took us to see two Chateaux. The one below we could only glimpse through the gate but it cemented a yearning in my soul that if ever my books and musicals garner success the first thing I will buy is one of these magnificent relics of ancient France and the culture I wish I’d been born into.

Perfection in landscape and architecture.

In my fantasies, I have already peopled my Chateau with peacocks, cats, horses and humans who will thrive in an atmosphere of excellence. The order of the days and nights will be music, food, wine, discussion and theatre for yes, of course, all future productions of mine will be workshopped and rehearsed in my Chateau and my friends and family will all have rooms.

I’m not a Christian but yes, I do know the way to that place of peace and tranquillity, it’s in France!

I must stress that I am not a Christian because, despite a sound philosophy, I don’t like what has become of the church. Like so many good philosophies it has been warped into a divisive, exclusive club which refuses entrance to anyone who thinks differently. Jesus never barred anyone entrance. As he said, there are MANY rooms in his Father’s mansion, some overlooking the lake, others overlooking the fields. Same house, different views.

And my Chateau will be just so. Many rooms, many views and lively discussions in French and English and Music, the language of angels that requires no translation.

On that same day Louis took us to another Chateau and we were privileged to meet the owner, who was a charming bibliophile. In this Chateau there was the best ancient library in Europe! Books that dated back to the 11th Century stocked the glassed-in cabinets and in some of these books were hand-written notes from people who took comfort and wisdom from these pages hundreds of years ago. We, the living, could look at the same words that had been passed from hand to hand through generations. The current owner,  a handsome, debonair Frenchman, handed me a book that had belonged to one of his ancestors and as I turned the pages I noticed this long-ago Duke had written something in French at the top of one of the pages: a note to remind him of the erudition of the author on that particular page. I glanced at the chapter heading and roughly translated the French: it was a recommendation for refining the soul through laughter and quiet contemplation. My heart gave a lurch and for a moment the sound of familiar laughter bridged the dividing centuries. Had he been there in that room, my dream man, long ago? Were these the plans we discussed in those old dreams of mine? To buy a Chateau and come home to France? 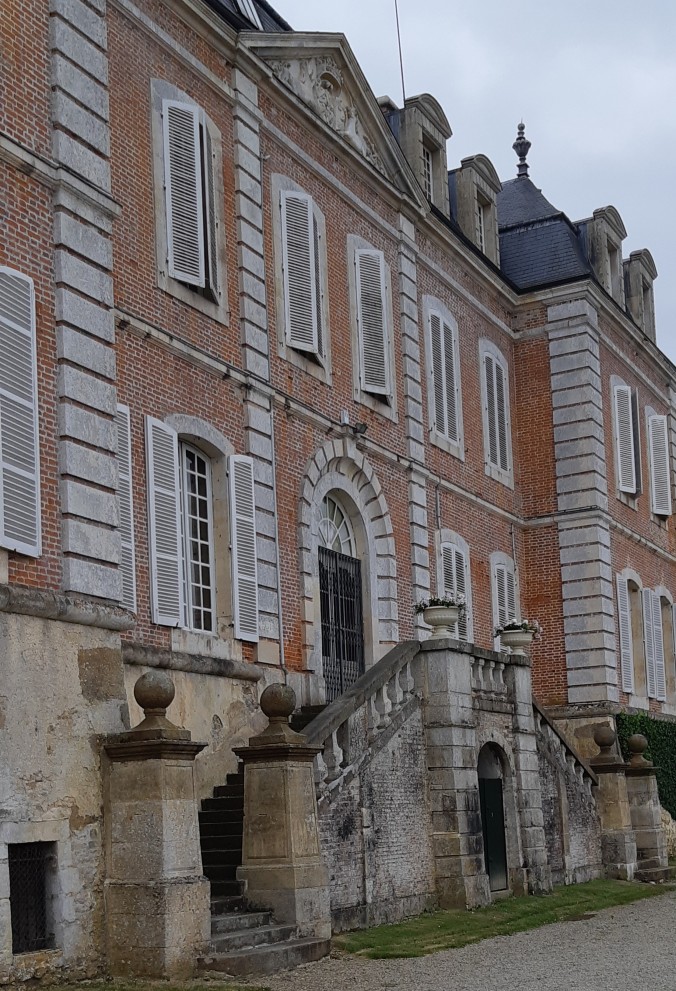 Back to Paris and myriad statues, window-boxes, patisseries and gardens! A city buzzing with life and expression and in every alleyway and café some reference to the arts and artists who immortalised this City of Lights in word, note and brushstroke. And oh, how grateful the citizens are to those ghosts of the Belle Epoch and the Roaring 20s and dazzling 30s. 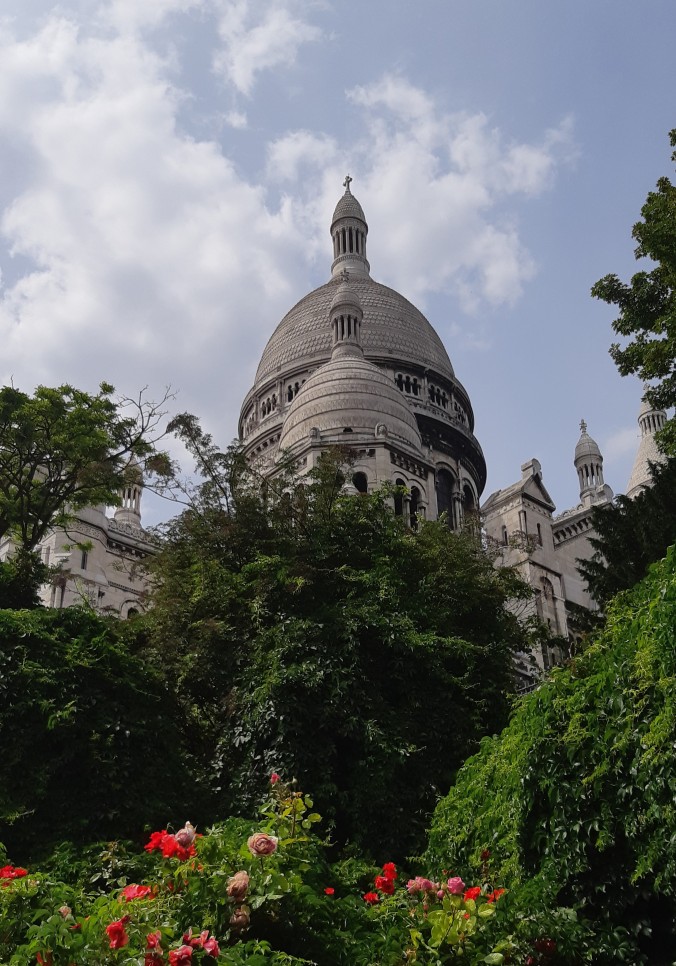 Paris even manages to make religion glorious. I trudged up the endless steps to the Sacre Coeur, only to find at the top there was a funicular on the other side! But once my heart settled down and my breathing returned to normal I could appreciate the miraculous diversity of the crowd gathered in front of the steps listening to a young busker singing “Stand by Me”.

Dancing happily to his stunning vocals were Muslim men and women, Jewish lads in their skullcaps and curls and people of all ages and ethnic backgrounds and once again I thanked my own personal God for the miracle of music and its ability to integrate differences and raise spirits heavenwards.

I will leave you with an image of the meditation pond at Le Jardin de Luxemburg. I could scarcely tear myself away from this exquisite place of unparalleled tranquillity. This was commissioned by the expat Catherine de Medici who was missing her native Florence and wanted something reminiscent of home. The palace and garden are all modelled on her home in Florence and whilst the estate, now a public park, is glorious, this pond had a special feeling about it. Students from the local university in the Latin Quarter come here to eat their lunch and study. Tourists like me come here to gawk and gape and photograph the sublime perfection of water and stone that has become home to a family of ducklings!

I have no idea what Catherine would think of the current occupants of her pond but they certainly echo the divine claim made two thousand years ago that one mansion can have many rooms.

Someone had placed a white rose at her feet. I took it home.